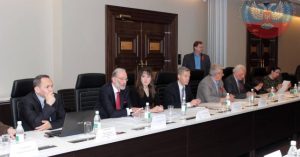 We recommend an interesting investigation from the French team of InformNapalm volunteer intelligence community on Kremlin propaganda masking as humanitarian work.

Once upon a time there once was a civil organization that set up shop in the Upper Savoy area to “provide aid to Ukrainian refugees from Donbas”. It was called Vostok – Mutual aid and solidarity without borders and politics. The leaders of the organization were Elena Ruffo-Kovriguina (the chairwoman), Mariya Fillion-Robin Bondarenko (the secretary) and Patricia Bakry (the treasurer). 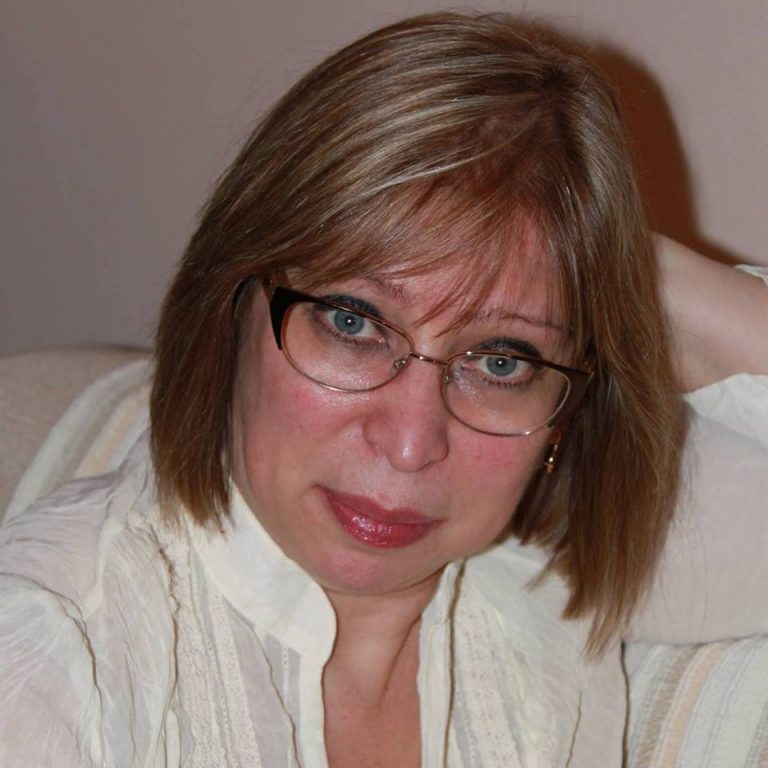 Today the organization is called differently: Vostok France Solidarité Donbass (VFSD). The “without politics” part is visibly absent from the name. This organization, well regarded by the French pro-Putin circles, could have quietly continued helping civil population through its Ukrainian partners, such as a certain lady from Kharkiv, who got the packages through the Ukrainian checkpoints to the occupied territory. It is no offence after all, especially given the plight of the people in the occupied parts of Donbas. But instead, some details of their activity caught our attention, in particular, the members of this organization actively spreading Kremlin propaganda in France.

But let us look at the things in their right order.

Soon after the registration this civil organization started to do things not really humanitarian. Back in December 2014, the secretary of the organization Mariya Fillion got actively involved in the informational warfare. On December 21, 2014 in her interview to the Russian Channel One this “unbiased person” said she had personally witnessed the tragedy of Donbas.

Later, on February 21, 2015 this organization together with Novopole NGO, the self-proclaimed “official representative” of Donetsk People’s Republic (DPR) in France co-organized a protest in front of the Ukrainian Embassy in Paris. Elena Kovriguina-Ruffo appeared there with André Chanclu, a former activist of an ultra-right hate group, called Group Union of Defence (GUD). After such a coming-out it became difficult to claim that “there’s no politics involved”. So VFSD then also officially dropped the “no politics” part from the name, which is evidenced by this document sent to the prefect’s office. 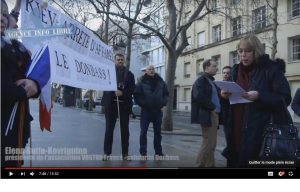 Pictured: the protest in front of the Ukrainian Embassy in Paris

Pro-putin circles often manipulate images and stage “protests”. A perfect example is the image used by VFSD in October 2015. In reality, the child in the picture got a special makeup for the shooting of the video (archive).

During 2015, the association finds a new friend and member in Nikola Mirkovic, a Serbian sovereignty activist, known for aggressive Kremlin propaganda dissemination. Together with Kovriguina he participates in the “humanitarian mission” to Donbas. They are accompanied by Xavier Moreau, an author of hate speech against Ukraine, a co-owner of the security firm “Sokol” (registered in Moscow) and the head of Stratpol think-tank.

On the occupied territories the VFSD team works with the group Slavyane (Ed.: Slavs, in Russian). Among Elena Kovrigina’s friends there is a French mercenary Sergey Munier, a subject of a separate investigation by InformNapalm.

The activity of the association is constantly covered by propaganda media, such as DONi “news agency”. This agency is located in Donetsk and, as it became known from #EgorovaLeaks, is actively involved in cooperation with Russian intelligence agencies, helping them to “filter” foreign journalists. French website StreetPress has recently written about the personnel of this agency, read more here.

In January 2016 VFSD organized an event in Geneva (archived photos and posters) with the participation of such Putin admirers as Christine Deviers-Joncour, who actively sympathizes the “rebels”, Xavier Moreau, already mentioned above, and Helen Richard-Favre, a writer and an author of a pro-kremlin blog on Tribune de Genève website. During the event, they did a fundraiser and Xavier Moreau presented his anti-Ukrainian book, which was so far from reality, that it earned him fame as an expert on “virtual Ukraine”.

The connection of Moreau with VFSD association became so close that he even made an ad for it, the video was shown on the of Alain Soral’s Equality and Reconciliation website. 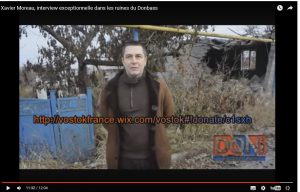 Together with the so called “humanitarian work” Moreau and Mirkovic take part in other events. In February 2016 they participated the round-table conference in Moscow organized by Russian Institute for Strategic Studies (RISS) with the participation of the Kremlin’s maverick ideologist Aleksandr Dugin. Note that the Institute is headed by Mikhail Fradkov, former head of the Foreign Intelligence Service of the Russian Federation.

In May 2016, Mirkovic and Moreau take another trip to the occupied Donbas. The association tried to present their trip as an entirely humanitarian mission, while these people were taking part in the meetings of occupation authorities of the “republics”, which is evidenced here. Emmanuel Leroy (former National Front member and a close adviser of Marine Le Pen), Christelle Néant from DONi and, Hélène Sydorova, the editor of the propaganda magazine Sans frontières were spotted among the participants of the round-table conference. 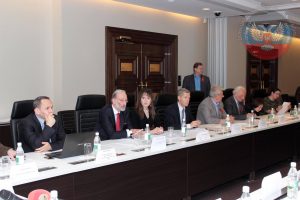 All this did not stand in the way for this “peaceful”, “humanitarian” and “non-political” association to become a public interest organization in France by the end of 2016.

The head of VFSD Elena Kovrigina also kept quiet in her radio interview about the organization’s dubious ties and played down accusations of inappropriate allocation of funds, mostly used to cover travel expenses of the VFSD members. 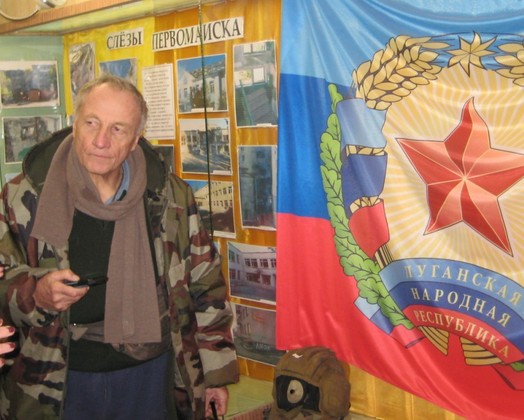 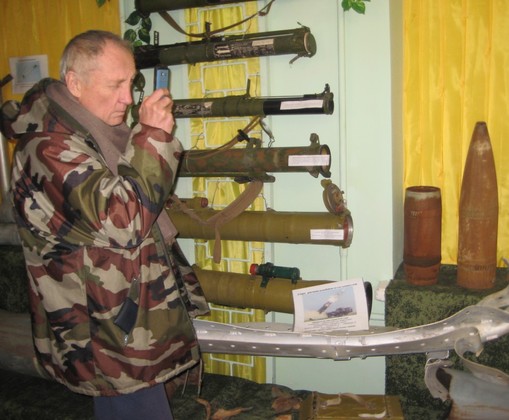 Finally, it all did not impair the ability of the association to recruit new members. On February 9, 2017, a man, called François Grumel-Jacquignon identifying himself as a member of VFSD association, paid a visit to Pervomaisk, a town occupied by the LPR forces. According to depo.ua, the aim of his visit was to “investigate and inform people of France about how the Ukrainian army shells LPR residential areas”.

It looks like the Kremlin propaganda, served with refreshments and Russian music under the guise of humanitarian activity, has a bright future in France.

(CC BY) Information specially prepared for InformNapalm.org site, an active link to the authors and our project is obligatory for any reprint or further use of the material.

We urge readers to actively share our publications on the social networks. Broad public awareness of these investigations is a major factor in the information and actual warfare.